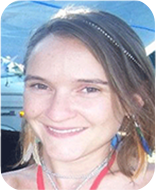 Bonnie grew up in Hampton, Virginia near the ocean. She went to college in the mountains and upon graduating moved across the country to San Diego. In the summer of 2002, she became a California resident. Like many others, she relocated in pursuit of more sunshine in her life. In 2010 she stumbled upon Reiki while attending massage school, not even knowing what Reiki was, she signed up for a Reiki I elective because she felt drawn to it and wanted to learn more about it. The level one attunement changed her life in many ways. Six months later she realized she was happier and healthier than she had ever been. So she eagerly signed up for level II with the same teacher. In July of 2013, she received her Master level attunement. She became a reverend and started a healing business. Finally making her passion for healing, a career not just a hobby. She has been healing and helping others along the path of energy healing since that time and is excited to do the same for you.

Heal the Body, Mind, and Spirit with Love!

Learn More About Me

Reiki is a Japanese based form of energy healing. Dr. Mikao Usui was the creator of this style of healing. He was sometimes referred to as Usui Sensei. As a child, he received his education in a Buddhist Monastery. He was trained in Swordsmanship, Martial Arts, as well as the Japanese form of Chi Kung known as Kiko. It wasn’t until many years later that he was given a vision of what would later be called Reiki. While he was fasting and praying in a cave on Mount Kurama for 21 days. On the 21st day, he received his vision of this system of healing. 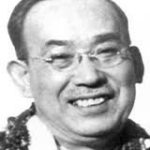 Can anyone do Reiki?

Yes, anyone can learn Reiki. I can teach and attune you for Reiki. 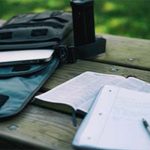 News, Stories, and Tips to keep you on the right path in this journey we call life. 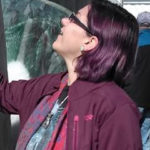 Reiki Rainbow By Bonnie Jean is the best healing experience I’ve ever encountered. She makes me feel comfortable and right at home. After a healing treatment I feel Light, refreshed, less stress and less worry, less tension, it’s like a weight has been lifted and I can think clearly again. Thank you, Bonnie Jean, for your magical Reiki Rainbow sessions! I’m ready to schedule my next session!

I’ve been receiving professional bodywork regularly now for over 30 years and earlier today I experienced the most amazing Reiki/Massage session that I’ve ever had. I’ve been a licensed sports massage therapist for over 25 years and was feeling a lot of stiffness and soreness in my right shoulder this morning after having worked for over 5 hours last night providing pre and post-game massage for a team of professional soccer players. Bonnie Jean intuitively knew which areas needed the most attention and it was so wonderful to feel my tension just melt away as she worked her magic on me. Bonnie Jean is truly a gifted healer and I’m definitely planning to be a regular Reiki Rainbow client.

Reiki Rainbow has done so much for me and my life. Bonnie’s gift is one that inspired me to get my level 1 Attunement for Reiki and I hope to get my next attunement soon. Fingers crossed. 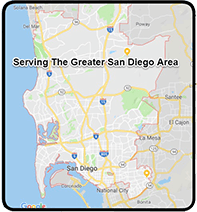